Single-family and Paired Villa Homes - starting from the mid $400s

Single-family homes from the high $300s

Multifamily and Single-Family Homes From the high $200s

Attached Villas and One- and Two-story, Single-Family Homes from the low $400s

Single Family homes with Everything Included from the $300s

Single-Family and Paired Villa Homes from the mid $400s

Homes to love. A lifestyle to adore. Single-Family Homes from the low $800's.

Wellen Park resident and Vietnam Veteran Gary Spinazze (pictured right) served in the U.S. Navy between 1968 and 1972. As a “red shirt,” or ordancemen flight deck crewman, he spent his time onboard aircraft carriers performing the dangerous job of loading and unloading planes with bombs and missiles.

“When you watch films and see planes fly over (crew) with planes taking off on either side, that was my job,” Mr. Spinazze says. “I armed the bombs and missiles and then de-armed the planes coming back. I didn’t realize until later how dangerous that was.”

As part of the A-7A Corsair squadron out of Lemoore, California, he worked on the USS Franklin D. Roosevelt in the Mediterranean and the USS Oriskany in the Western Pacific, where he got hazardous duty pay and combat pay. The Oriskany was sunk as an artificial reef off the coast of Pensacola, not too far from where Mr. Spinazze now lives in Wellen Park.

After his tour in the Vietnam War, Spinazze became a professional in the food industry. Over the course of his career, he held many reputable positions with various corporations and was even inducted into the Frozen Food Industry’s Hall of Fame in 2018.

Spinazze also has fond memories of being a defenseman with the Fresno Falcon, a minor league ice hockey team from California, and is an avid classic car collector. 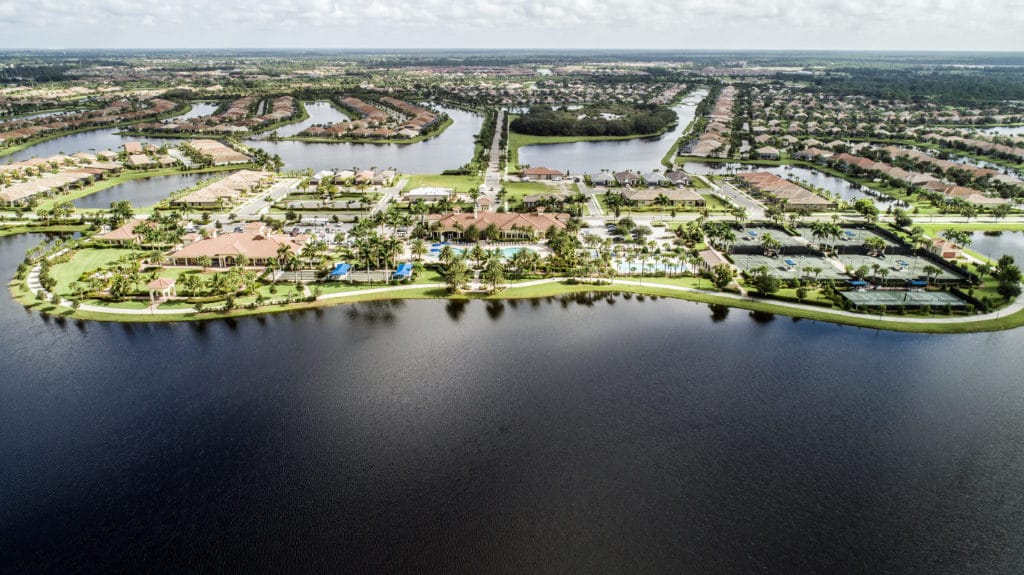 After retiring in 2014, Spinazze continues to stay busy and advises others to do the same. “You’ve got to get off the couch,” he emphasizes. “Doctors say ‘motion is lotion.’ If you’re not active, you won’t age well.”

Spinazze currently lives in Wellen Park’s IslandWalk neighborhood, which has plenty of activities. Plus, there’s always something happening in our Wellen Park community, especially with the World Series-winning Atlanta Braves at CoolToday Park.

Mr. Spinazze enjoys spending time with his wife, Sara, as well as his son, daughter and grandchildren.

West Villages is now more amazing than ever. We’re proud to announce a new name and a new chapter for our vibrant community along Florida’s West Coast. Welcome to Wellen Park, where distinctive districts — including West Villages — offer new homes, shops, restaurants, amenities, and more.

CHECK OUT OUR FAQ

See for yourself how Wellen Park is even better than you ever imagined.

We will be in touch soon.

This website uses cookies to improve your experience while you navigate through the website. Out of these cookies, the cookies that are categorized as necessary are stored on your browser as they are essential for the working of basic functionalities of the website. We also use third-party cookies that help us analyze and understand how you use this website. These cookies will be stored in your browser only with your consent. You also have the option to opt-out of these cookies. But opting out of some of these cookies may have an effect on your browsing experience.
Necessary Always Enabled
Necessary cookies are absolutely essential for the website to function properly. This category only includes cookies that ensures basic functionalities and security features of the website. These cookies do not store any personal information.
Non-necessary
Any cookies that may not be particularly necessary for the website to function and is used specifically to collect user personal data via analytics, ads, other embedded contents are termed as non-necessary cookies. It is mandatory to procure user consent prior to running these cookies on your website.
SAVE & ACCEPT